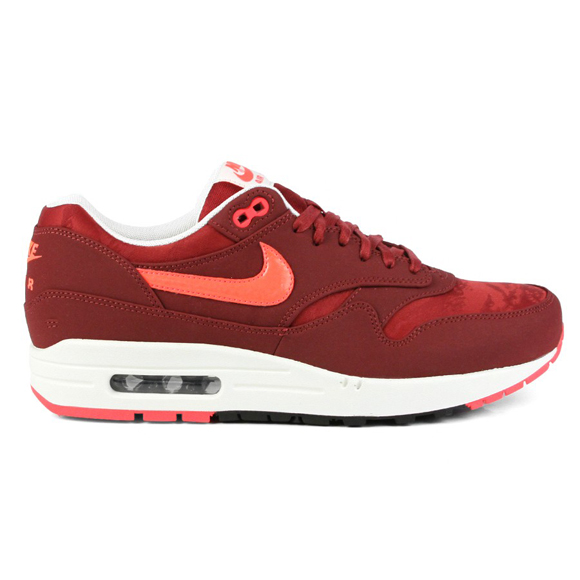 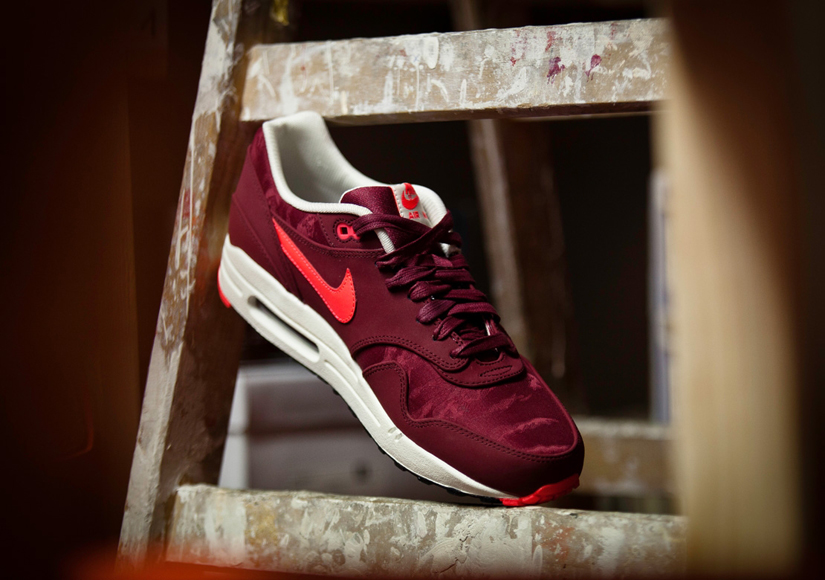 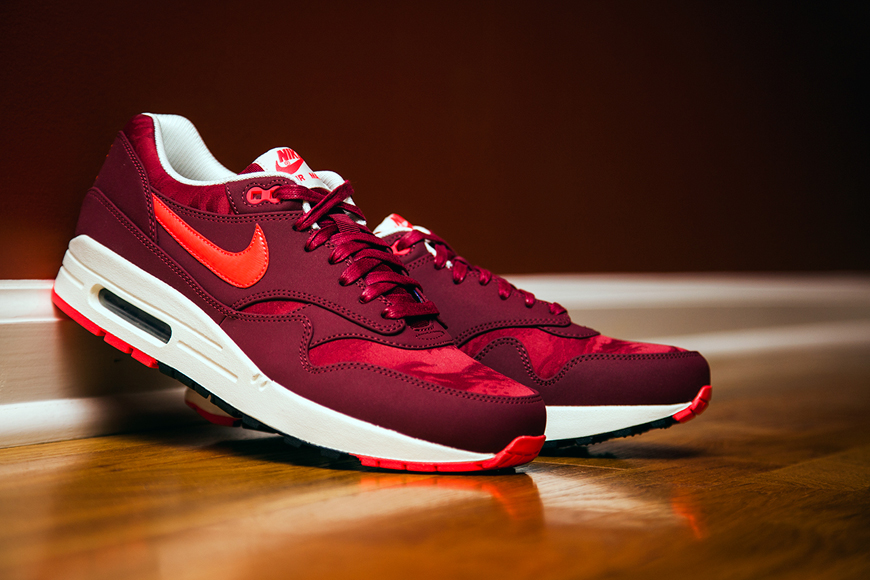 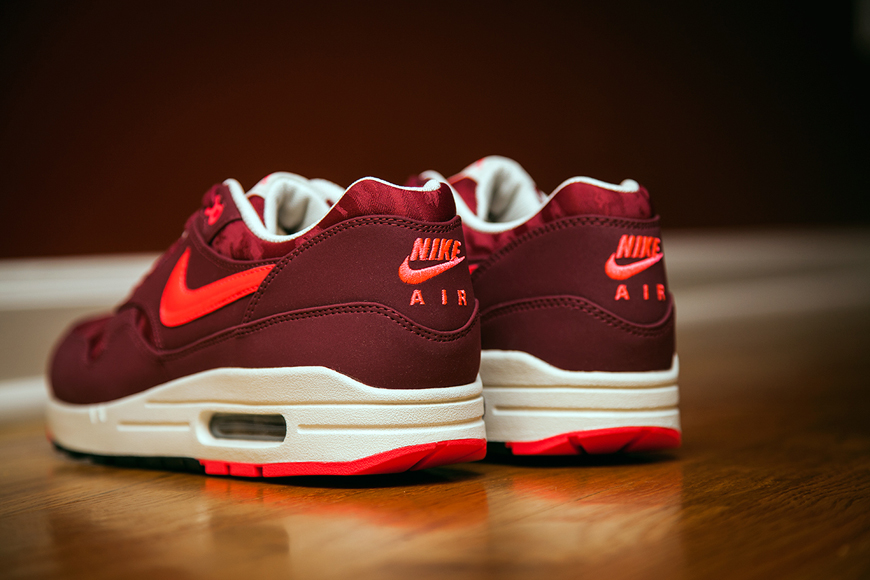 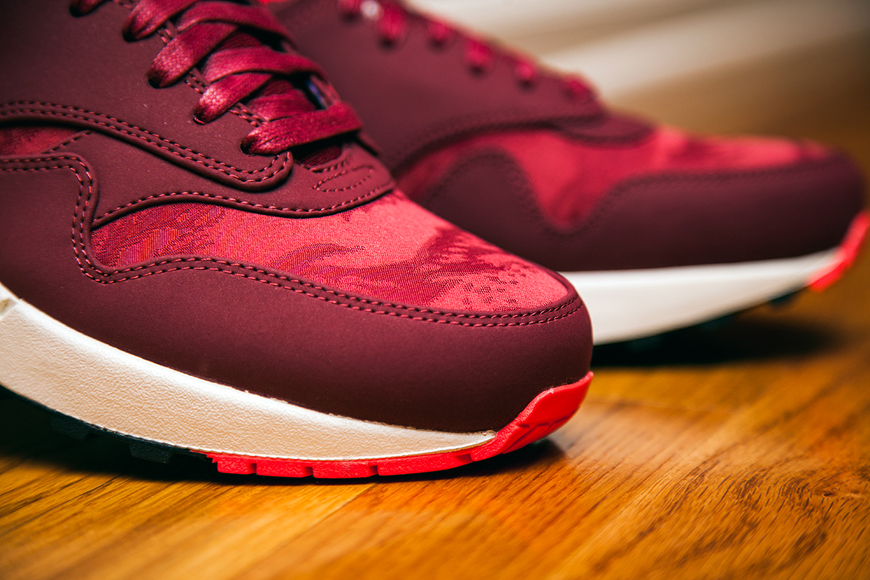 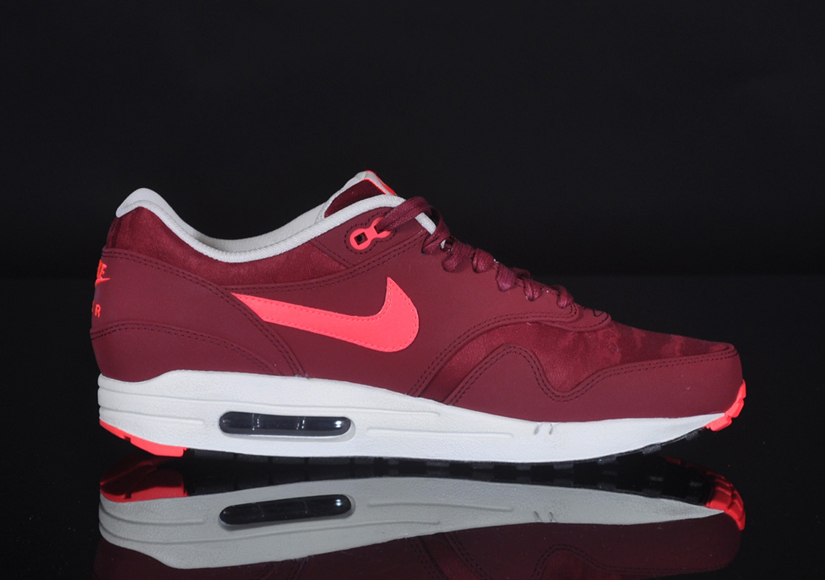 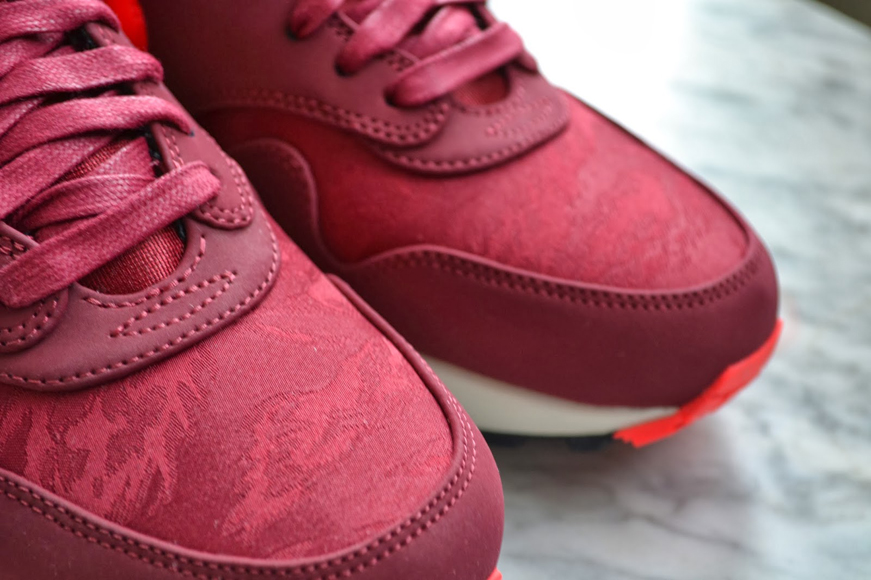 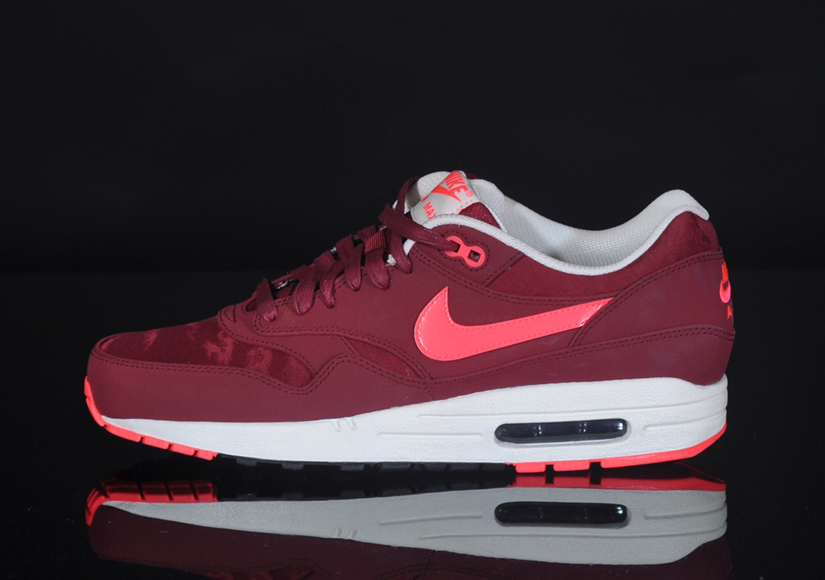 Last three winter seasons were all about bordeaux red. It was the color of the season. Or let’s say seasons. Clothes, interior, schoes, everything is available in this dark and deep red color. Nike came up with the name Team Red and Atomic Red. Aside from the awesome color, this is not the most exciting element about this sneaker. Nike used a camouflage print. And I can hear you think: oh not again this camo print! The camouflage print is the most common print in fashion and you think you had enough! But you don’t, at least not in this style.

Nike is using this print in a way you would not have thought off. It’s not flashy, it’s not pretentious, and is not even obscene. Nike used this print in the most delicate and subtle way you can imagine so you can only brand this shoe as awesome and just done right. And in a way it was to be expected, seen the fact this shoe is part of the Premium collectie and PRM’s are always a bit different and you always feel like you have found a pair of limited editions.

In fact, Nike was so enthousiastic about this release, they made a whole series. Next to the Team & Atomic Red camo, there is also the Nike AM1 Black Sail & Blue Hero and the Cool grey & Sonic Yellow.
Do you think this is a nice pick up? Then make sure you grab a pair of these awesome bordeaux shoes made out of gorgeous nubuck leather with just that bit of extra ‘schwung’ on the toebox.

This Premium One is still available on Amazon for less then $100.